HOW TO GET A JOB IN A CREATIVE FIELD 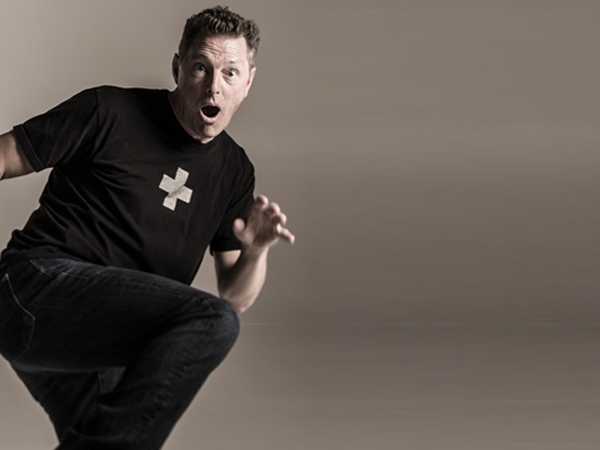 The age-old phrase “it’s about who you know” rings true for Stan Byers, creative director at Stan Can Design, who hires creative minds and not just work on paper. According to Byers, to land a job in the creative field, it’s important to push yourself and get in front of the right people.

Before he got into the creative field, Byers was always interested in magazines and print advertisements, especially the ads spread across the pages of Surfer magazine in the 70s. These ads were his favorite because he could pretend he was transported to California to surf big waves.

“I would pour over them for countless hours, but I never realized that people made ads and magazines.”

Without realizing it, he was studying for his future. After graduating high school, Byers found himself working in a convenience store, at a skateboard park and even a potato factory until he went to Truckee Meadows Community College (TMCC) and took a graphic design class that changed his life.

“The first day of class I knew what I wanted to do for the rest of my life. The class focused mostly on general layout and design specific to print media.”

Although there wasn’t a graphic design degree back then, Byers took every design class TMCC offered. He recalls designing posters for the convenience store, flyers for local punk rock bands and zines for the skateboard community. Without a “formal” education, he learned the power of advertising messaging on his own and attributes this self-exploration to his success in the industry.

“When you are first starting, the hardest part is checking your ego. Everyone wants to make their mark and it takes a while to understand the true nature of client needs and produce powerful, intelligent and timeless work.”

After young creative minds follow that crucial first step, Byers suggests getting involved with professional clubs in Reno such as the American Advertising Federation, the American Institute of Graphic Arts, the Public Relations Society of America, and the American Marketing Association. These clubs give professionals networking experience and can kick-start a career in the creative industry.

According to Byers, for those who have been in the industry for some time, a dominant challenge in the profession is getting a good brief with a clear objective to work to with the client.

“I would venture to guess that everyone today can make stuff that looks and sounds pretty good. If you are unclear as to what the problem or objective is, you probably should not be doing any creative work.”

Byers stresses the importance of being able to solve problems and adjust to client needs.

“It used to be pretty easy to help a client drum up business, run some TV or radio ad and customers would flock to the door. Run a full-page newspaper ad in the Reno Gazette-Journal and the phone would ring off the hook.”

But when advertisements flooded screens and billboards everywhere, Byers realized businesses struggled to design ads that stood out and sold their service or product. He built a creative marketing agency that could solve this problem.

Stan Can Design handles every aspect of client advertising ranging from design and brand development to digital and social media. His team even serves as specialists on single projects in order to help these businesses reach their audiences.

As a young mind, he soaked up ads in Surfer magazine, but he never stopped looking at ads he connected with. For Byers, learning from the best is how one can become the best. The biggest piece of advice he gives to those looking to become a creative mind: keep track of what’s cutting-edge in the industry.

“Never stop studying the masters of advertising and design. You can’t do good work until you know what good work is.”